From what I gathered you would suggest a hybrid approach of Object Map with descriptive programming when necessary? Nice site by the way, I would have to say robustness is the most annoying part of ui automation.

Yes, I would strongly recommend having library functions that receive object reference as a parameter. When calling from outside you'll have a freedom defining objects both as mapped and through descriptions. 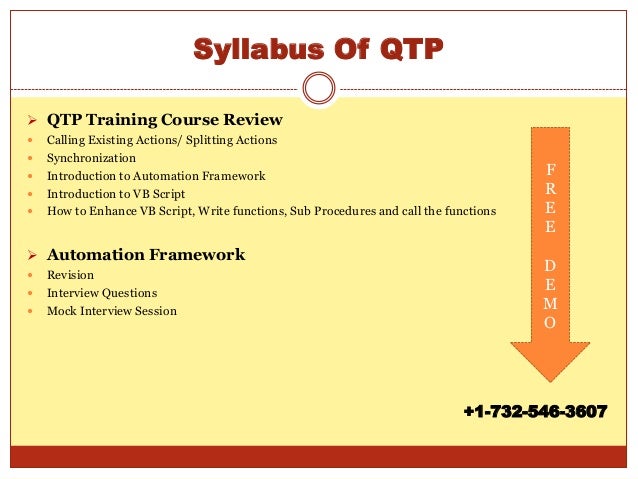 Yes, making your scripts robust is really challenging but it should be a part of the framework and not in the test logic. So with proper library design you can use both OR and DP.

So, the answer to your question really depending upon the environment and your experience with OR and DP. Most people I have worked with at my job, and on online communities prefer to work with Descriptive Programming whenever its feasible.

However, I have also seen people work wonders with OR.

Olinda, Brazil. Fresno - United States. Issuu is a digital publishing platform that makes it simple to publish magazines, catalogs, newspapers, books, and more online. Easily share your publications and get them in front of Issuu’s. Develop Automation Framework − After building the POC, framework development is carried out, which is a crucial step for the success of any test automation project.

Framework should be built after diligent analysis of the technology used by the application and also its key features. Successful Grant Writing Strategies for Health and Human Service Professionals Gitlin, Laura N.

HV Out Of Sight, Out Of Mind Homeless Children and Families in Small-Town America International Conference on Information and Automation for Sustainability [proceedings].

Technically, it's nearly the same.

testing - How do you write your QTP Tests? - Stack Overflow